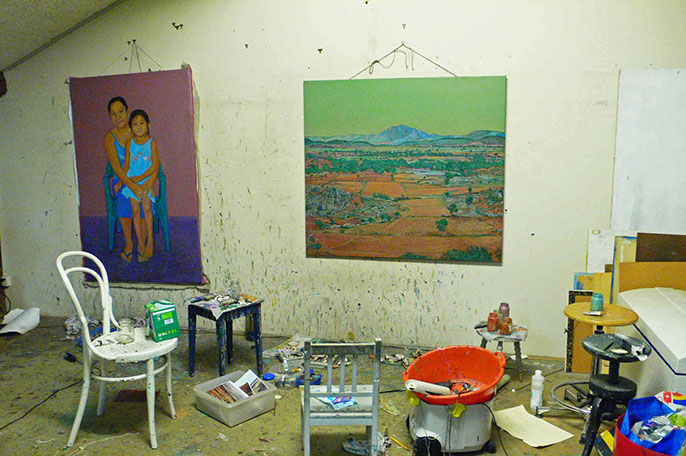 About the work process of Marietta Gullotti

At first an initial draft is being brought to the canvas with a generous drive, so to speak an energy basis. Now the conscientious, meticulous work starts: Grasping and reproducing the forms and lines that are interconnected from the very beginning. Out of that living space and gap arise. What always remains important is to embrace the entire scene on a soul level. Thereby the observer will feel and see where there is a new spot which is not yet worked out or where a great accumulation of energy might bring imbalance to the whole.

Likewise layer after layer is being drawn on the screen, or more accurately, they are being worked into it, so more and more a three dimensional image is being created. It often happens that the almost accomplished painting is being painted over completely, erased and apparently destroyed, in order to emerge anew.

At times it only requires the dancing brush that touches, as if in trance, here a leaf, a grove, a pattern on a dress, slightly changes or intensifies the color, there an outline of a mountain range, or accentuates better the arm of a child. It is as if this slightly playful appearing dance takes countless rounds of energy until finally everything is connected with everything in motion.

It is the personal interest of the artist to allow the depicted - whether it is a human figure or a landscape – to speak in its entire dignity and beauty and to give space and form to the vibration, the energy which indwells in either motive.

With each painting it is always a stunning happening, when after several weeks of work all of a sudden this great vibrating energy becomes tangible and visible.

On the one hand the work consist in reproducing with greatest devotion and precision, and with great professional skill and knowledge, that which shows itself to the observing eye of the painter, so to speak reproducing the reality on the canvas.

On the other hand it is like making oneself transparent for that which resounds from within one’s own centre. Likewise from the actual seen slide-picture originates so to speak a new one. 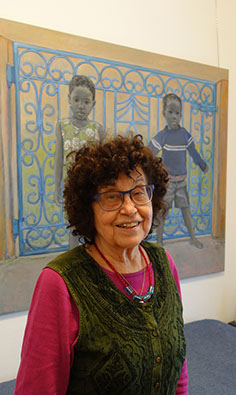 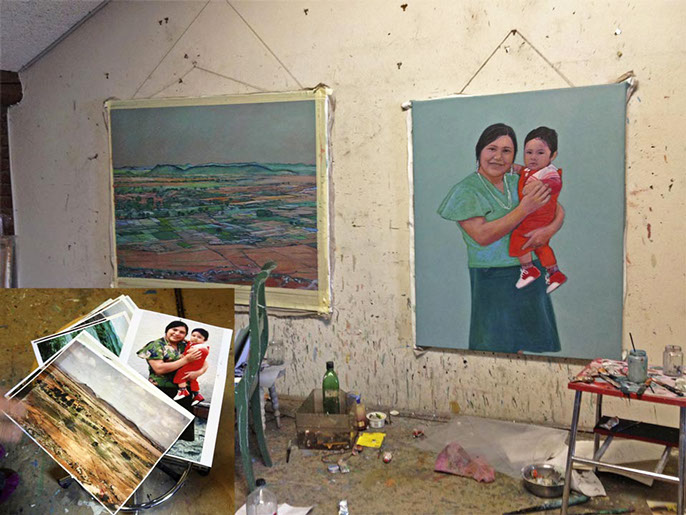